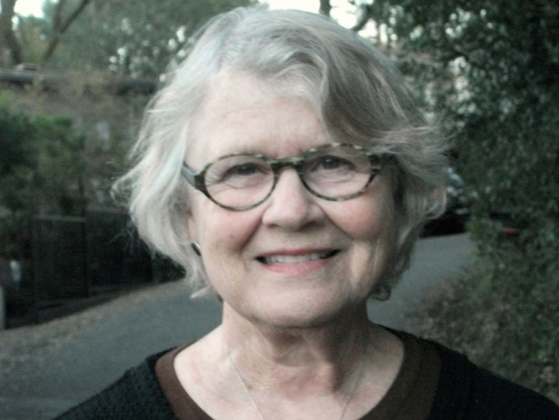 Doreen Stock is a poet, essayist and memoir practitioner, who has been exploring creative nonfiction for thirty plus years from the feminine point of view as a wife, mother of three, single human, and grandmother of eleven. Her first book of poems, The Politics of Splendor, was part of a New American Writers exhibit at the Frankfurt Book Fair that year. It combined her own poetry and prose poems with her translation from the work of Marina Tsvetaeva and Anna Akhmatova.

While raising her three children, she wrote two book-length memoirs: FIVE: The Transcript of a Journey, detailing her family's travels through Europe in a VW van, and My Name is Y, an anti-nuclear demonstrator’s family memoir. She was also a small press (D’Aurora Press) editor and publisher at that time. The Bookcase, a memoir exploring totalitarianism and the self, was begun in Amsterdam in the eighties, and after that, Rani, describing Stock's first five-month stay in Tel Aviv and Jerusalem. During seven years of travel in the nineties, she composed several collection of poems, Memorial Service, Poems of Arad among them, and the essays which eventually became, On Leaving Jerusalem: Prose of a Traveling Nature.

In Place of Me, poems selected from her chapbooks and introduced by Jack Hirschman was published by MINE Gallery Editions in June 2015.

Talking With Marcelo, an interview with Argentinian journalist Marcelo Holot, was published August, 2017 also by MINE Gallery Editions.

Three Tales from the Archives of Love, a triptych of historical novellas, was published in January, 2018 by Norfolk Press.